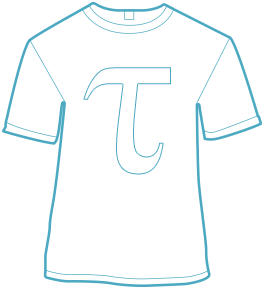 
(At the time of composition, Oliver Sayeed was an 18-year-old (!) student from Oxfordshire, England.)

103rd bithinial meeting of the International Bureau of Weights and Measures
Sèvres, France
4028

“Can I have your attention, please?”, called the chair, tapping her microphone. The babble of voices around the room died down, and everyone turned to the front of the hall. “Thank you; I think we’re ready to begin. This is the second open morning of the 4028 conference, where our panel of experts”—she gestured to a table of tweed-clad academics on the stage—“have kindly agreed to answer questions from the public.”

She glanced at her notes. “Before we start, I’d like to congratulate the Dean here for reaching the spectacular age of 170!” The crowd applauded, as an elderly, bearded man on the panel gave a modest wave. The chair smiled. “The Dean has been a great presence over the last 80 thines, so we thank him very much; there will be a reception this afternoon with drinks and refreshments. Now, onto any questions you might have.”

There was a flurry of murmuring again, and immediately hands went up across the room.

“Are we ready to choose?” The academics nodded. The chair squinted and bounced her finger along the rows of hands. “Let’s begin with… you, at the back there. Yes, the gentleman in the brown shirt.”

The man took the microphone and stood up from his chair, clearing his throat. The room fell silent again.

“What’s your name, sir?”, the chair asked, peering over the top of her spectacles.

“Aha, an expert! And what question would you like to put to the panel to start us off? Not everyone here is a mathematician, so make sure it’s not too baffling.”

“Oh, I don’t think there’s any chance of that… My point is easy to understand. I’d like to question our current units of time.”

There was a pause, before the Dean interjected, his brows furrowed. “Which units of time?”

“Our units of time based on the Sun, specifically. I think the current units are confusing and unnatural.”

The other academics chuckled. “A big claim indeed!”, the Dean remarked. “So, you propose to get rid of the thine?”

“My dear man”, smiled the Dean, “the thine is one of the most elegant units we have. The time between perihelion and aphelion. The period between the equinoxes, and between the solstices. It’s the most natural thing there is. What else do you propose?”

“I propose a new unit, called the year.”

There was a muttering around the room. The Dean looked bemused. “And how long is this ‘year’, in your system?”

“A year is two thines. Or rather, to put it properly, a thine is half a year.”

“I would. For reasons of elegance, and of naturalness.”

The Dean frowned again and fiddled with his beard. “Go on then; make your case.”

Vichael turned to look at the expectant crowd. “So… I’ve always found units of time confusing. Everyone does, since we learn about them as children.”

“What’s confusing about them?”

“You have to remember which thine you’re in. Winter and summer only happens once every other thine, for example.”

“Yes”, said the Dean, “because the period of winter and summer is two thines.”

“And so you’ve got to keep track of whether any date is an odd-numbered or even-numbered thine, to know what happens in it.”

“Yes? It doesn’t take very much effort to remember that odd-numbered thines have Christmas in them.”

“Thines are also unhelpful for thinking about the Earth’s orbit around the Sun. Most things are dependent on the period of one revolution—two thines—and you have to remember to halve this number to work this out in thines. The equinoxes happen twice per revolution, but once per thine. Bird migrations, weather changes, plant flowerings, river floodings, mating seasons—everything natural happens once per year.”

“My dear man, listen!” The Dean leant back on his chair. “I presume we are all comfortable with thines, and with division by two.” The academics laughed; Vichael ignored them. “And given that we can all do basic arithmetic, I don’t see any problem.”

Another hand went up, at the back of the room. “We have a point from someone else,” said the chair. “Is it relevant to this discussion?”

The woman at the back stood up, holding the microphone that had been hurried passed to her. “Yes, it is. I’m a primary school teacher, and I can vouch that Mr Partl is right; working in thines is pedagogically very illogical. My children have to do a lot of work to get it into their heads.”

Vichael nodded in agreement. “And other teachers I’ve asked as well find the thine an unhelpful unit.”

The hall erupted into murmurs again. Vichael exchanged a thankful glance with the teacher at the back of the room; he sensed the audience were beginning to see his side.

The Dean conferred with his fellow academics in whispering tones, before turning to face Vichael again, looking triumphant. “My colleagues agree with me, that the ‘year’ causes more problems than it solves.”

“The word is ambiguous. It sounds the same as the word ye’re.”

“Contraction of ‘ye are’. And so it will lead to ambiguities in spoken language—the word will just lead to unhelpful confusion.”

“The word ‘thine’ is also homophonous with another English word”, replied Vichael, “but it isn’t a big issue. Do you have any criticisms other than the word itself?”

“We certainly do.” said the Dean. “The ‘year’ is an impractical unit of measurement. I can tell you’re a theoretical physicist—you have no practical know-how.”

“The time between the equinoxes is easier to measure! Simply start at the hottest day of an even-numbered thine, the summer solstice, and then wait until the coldest day of the next odd-numbered thine, the winter solstice. This is simply more pragmatic than waiting for a whole two-thine cycle. And besides, all of our existing conventions are based on the thine, because it’s the most sensible unit. You’ve clearly never done any accounting, or else you’d realize how often people are paid in thinial wages. What do you want—‘yearly’ wages?”

“Trivial!” the Dean roared. “Trivial, he says! I think you fail to acknowledge how fundamental the thine is to our time-keeping. You glibly talk about results that are made neater by using the ‘year’—I can play the same game. Dogs mate once every thine; do you propose to include an inelegant factor of two, and say they mate ‘twice yearly’?”

“I can give you more formulae. One of the most elegant results linking the seasons to the orbit of the Earth is this: after one thine, the Earth will be exactly opposite where it is now. (You know how important calculating the Sun’s position is for workers on an oil rig, which is why this is also called the oiler’s identity.) So you want this to be ‘after half a year’? That’s hardly elegant.”

Vichael was growing impatient. “Look, with respect, sir, I think you’re missing the point. The oiler’s identity can incidentally be expressed as saying that, after one year, the Earth is back exactly where it was, which is equally elegant, but that isn’t the point. The point is that the unit ‘thine’ is wrong. You can give examples of how easy it is to measure, or how important it is in our current formulae, or some specific cases in which the extra factor of two cancels to produce a neater-looking result, but I can do the same, if not more, with the year. This argument is going round and round in circles. The thine is a clumsy unit to use, because it is wrong—there is a sense in which the year is really the solar unit of time, being a full revolution around the Sun, and a thine is only half of that. This is why it’s harder to understand, and more difficult, however slightly, to apply—it’s wrong. The year is more intuitive, and more sensible, and more natural. The year is simply right.”

There was silence again, and the Dean sat still in his chair.

Vichael smiled. “An analogy, if you will. It would be like if, instead of tau, we used the number 3.14159… as our circle constant.”

The Dean chuckled in agreement. “Now that”, he said, “would be one of the most stupid things I’ve ever heard.”